Subsequent to the incredible adventures in the United Kingdom, Paris, and Germany, the Griswold family finally reaches Rome, the ancient city and the destination point of the two-week trip. The ‘European vacations’ movie has been indeed filmed on the actual location alongside Europe and Rome as well. All but one location in the movie can be found on the stone’s throw from one another and all are within the historical center of the city. The cinematic walking tour would take you a few hours and would correlate with a number of the most remarkable landmarks of the city.

Upon the earlier of a-mile-to-100% kindhearted family atmosphere of the road-trip by train, the Griswolds family finally find themselves on the streets of Rome. Clark’s overactivity on the pre-planned route has one more time a little in common with the satisfaction of walking inspiredly along the streets of the ancient city. Ellen passionately glances over the ancient ruins and Audrey makes her best to hint her father, that the site worth the time to stand and relax the process. Yet Clark is too excited and exhilarated with the own-made plan, which distances him from the sincere delight of taking a minute. The very same panorama over the Roman Forum, a place once appreciated by three of four members of the Griswold family, can be easily found on the sidelines of VIA DI SAN PIETRO IN CARCERE (Street of Saint Peter in Prison), which originates from the Capitoline hill. The look covers no more than 10% of the Roman forum complex, a historical landmark in the very heart of Rome, yet it is located beyond the ticket area and can be attributed as a free observation point.

Oh, Clark, I think, this is something historical 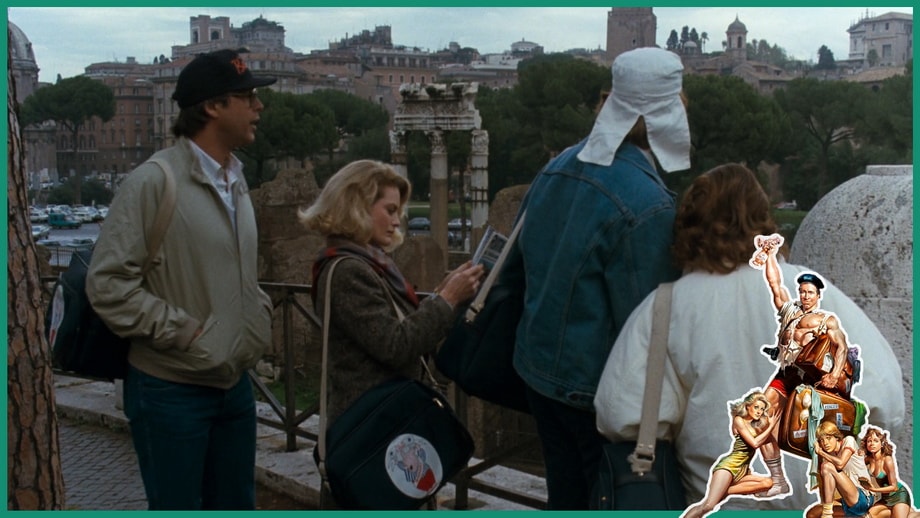 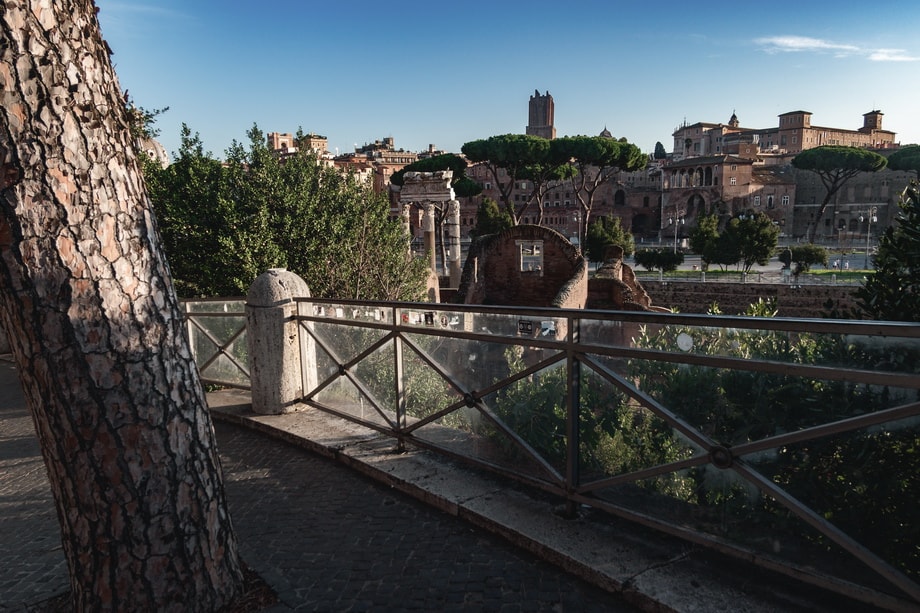 The dialogue in a granted car reveals Griswolds’ natural desire to meet the Roman ruins no less than being clothed with the best fashions of the cliche European vogue. No sooner than a few minutes later, when a quartet of self-made devotees to the Italian fashion would outside the BELTRAMI fashion boutique, we could catch the ‘originality’ of their choice. Each of the family members is being fashioned with a different national style, yet Griswolds has always been beyond the mediocrity and their appearances can make any but emphasize that fact. As a matter of later fact, they would once again take the casual cloth from the previous weeks to see the ancient ruins of Rome and the fashion-way obtaining would probably become well-remembered souvenirs from Europe. The street in a movie, which allocated the BELTRAMI fashion boutique is known as  VIA DEI CONDOTTI and has been home to Gucci, Giorgio Armani, Swarovski, Dolce & Gabbana, Tiffany, Hermes stores for decades. The background plan is fulfilled with the Spanish steps panorama.

Well, what do you say we see some Roman ruins?

Oh, Clark. We have been in these clothes for ages. Why don’t we go shopping

Yeah, I vote for shopping.

Okay, I am sport. We’d all look good in some Italian fashions. 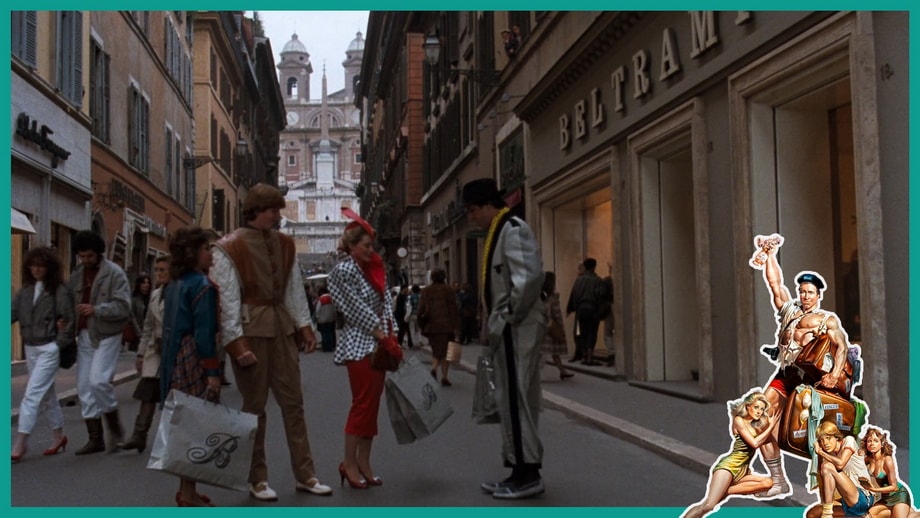 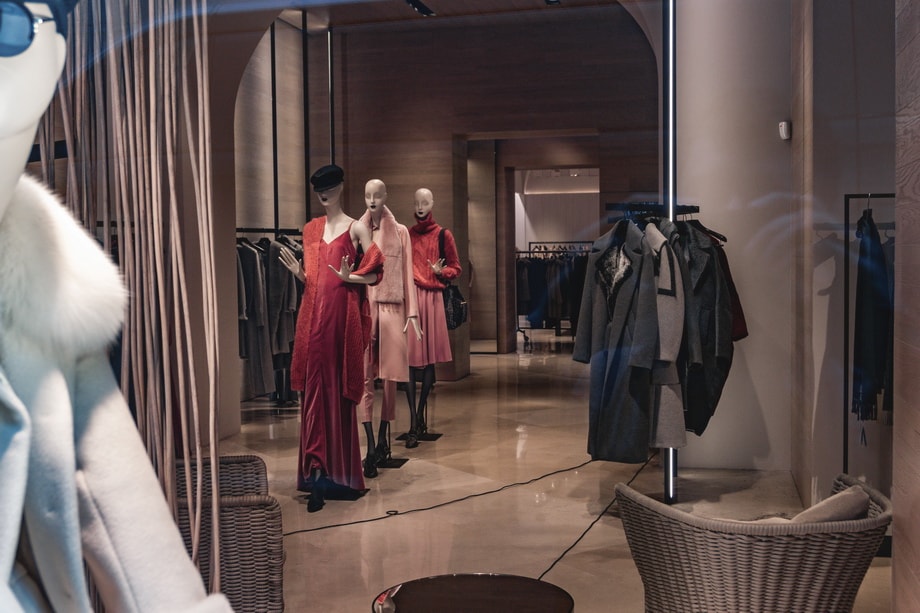 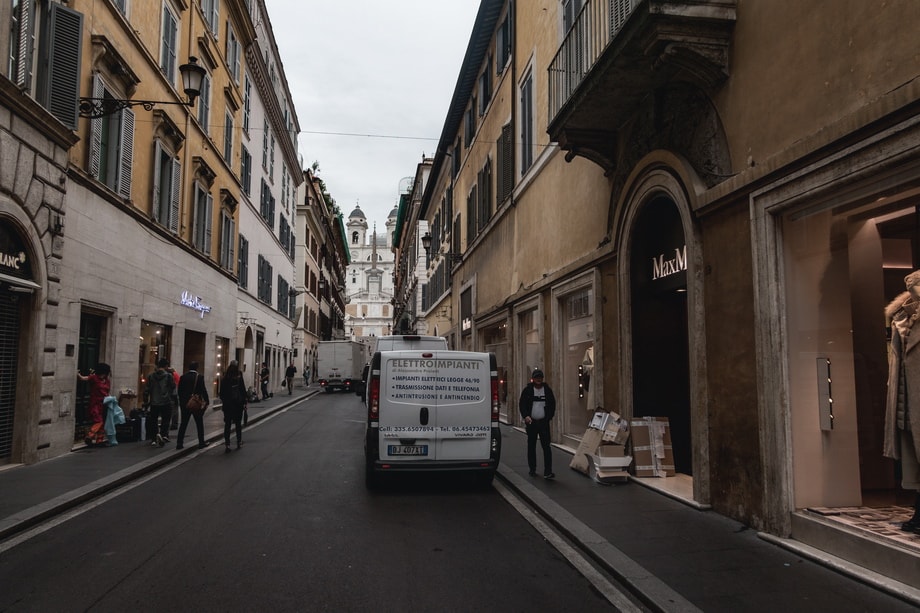 In succession to the ‘royal’ living conditions in London and the French ‘hospitality’ back in Paris, the Griswold family finally find the heaven harbor for the tourists in Rome. Once being granted the rented car and a chance to infashion themselves with the stylish cloth, the family win over the accommodation within the HOTEL NAZIONALE ROMA, the real title of which was preserved in a movie. The hotel, which would dominate a number of short scenes, is located within the PIAZZA DI MONTE CITORIO square, a half-way between the Spanish steps (BELTRAMI store as well) and the PIAZZA NAVONA, the next point of their route.

But if you tell me where you’re staying…I will get the new key to your hotel.

Oh, honey, which hotel are we staying in? 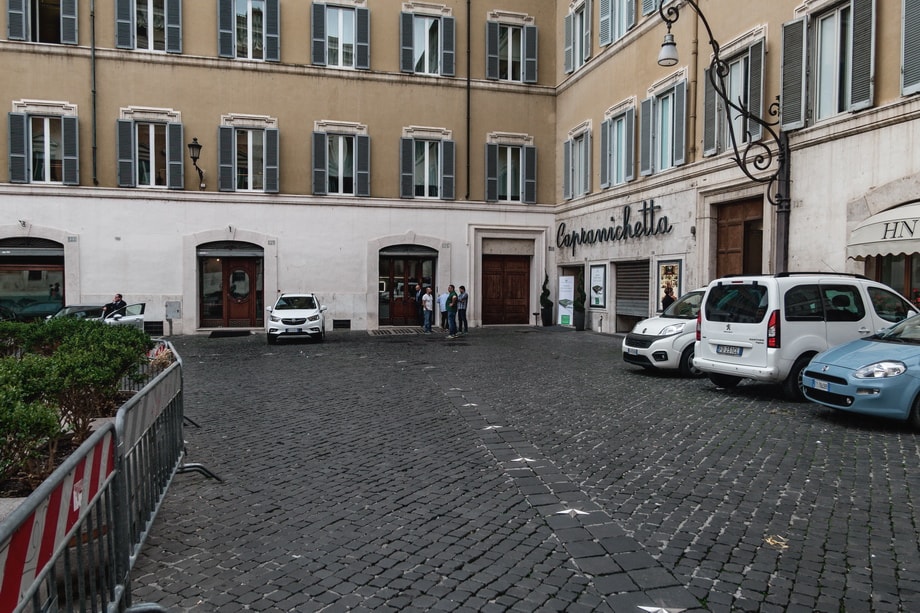 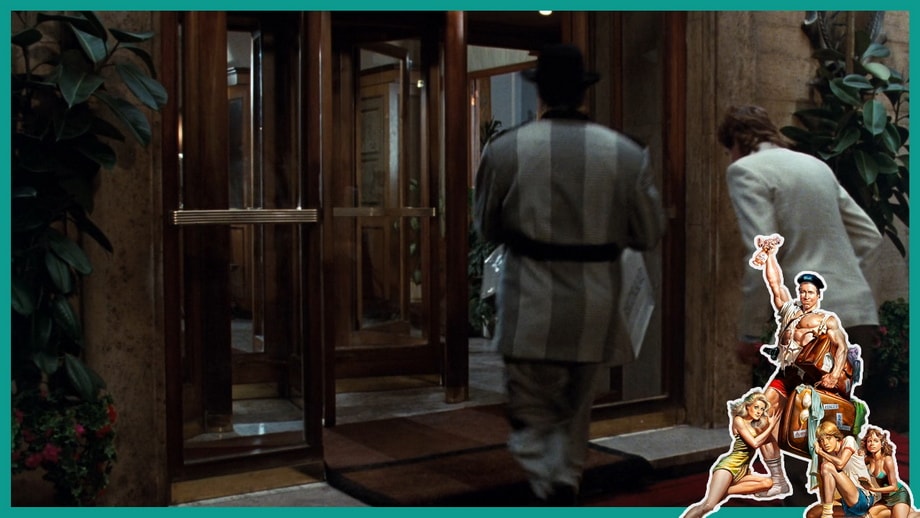 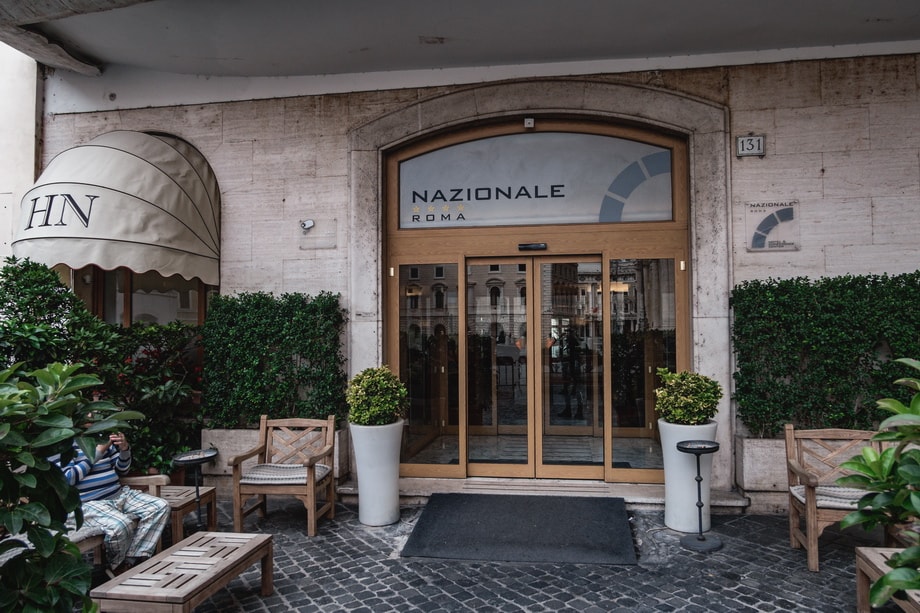 It’s about time for Clark to put his long-time schedule for Rome walking into action, step by step in the context of the guide book brochure. The family takes the first steps to the PIAZZA NAVONA square and in the teeth of some tenseness, Clark Griswold is right on the money, when he pronounces the site as one among the most beautiful squares of Rome and Italy. The storm is already on the horizon of the walk when Griswolds pass the ‘Fontana Del Nettuno’ (Fountain of Neptune), a minute prior to the instant break-up. 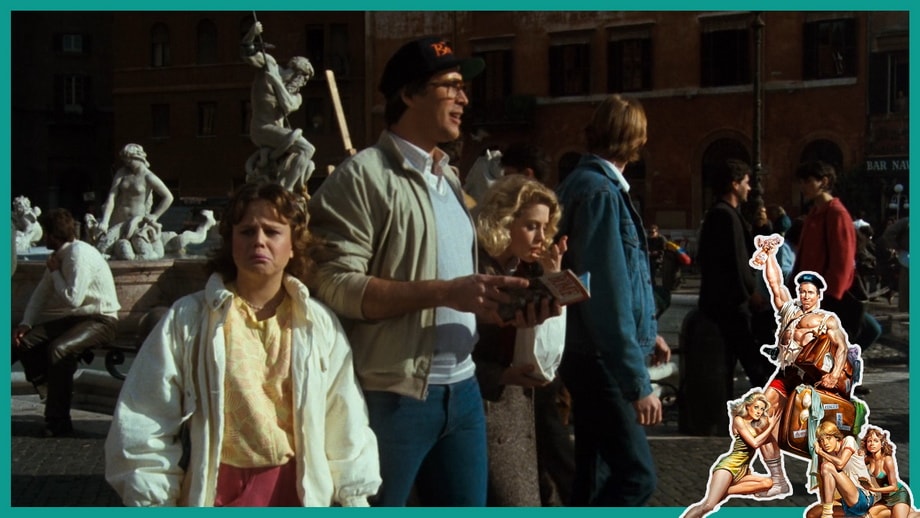 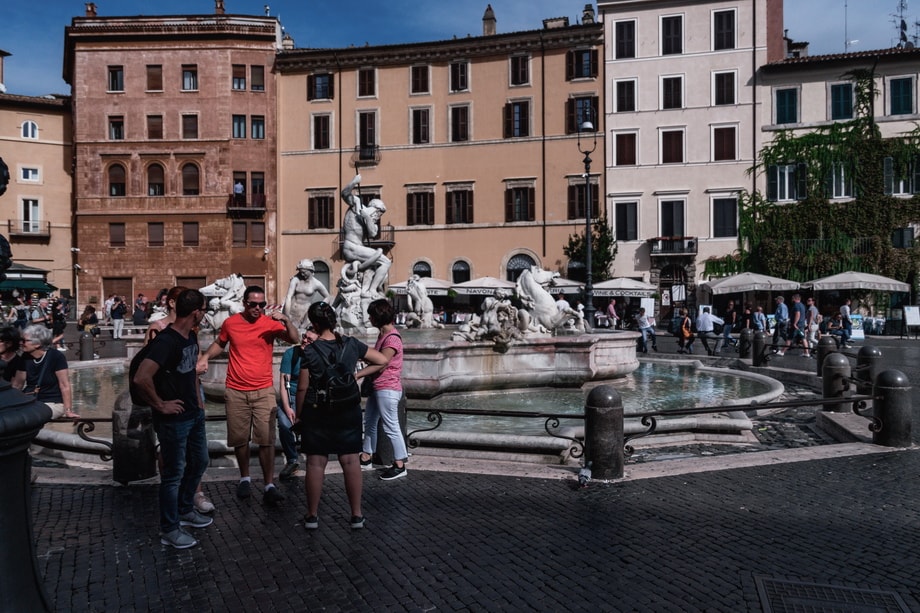 Rusty made his arguments to be treated as a man in his early 15, a self-sustained person with a desire to spend a few hours beyond parents’ control. In his later attempt to ‘Bellissimo’ an Italian girl Rasty draws a winning number with a girl from California. This location of the dialogue is to be easily traced to the very same PIAZZA NAVONA, only a few meters from the site of the family fracture.

Sure, I’m from California.

All right. I am from Chicago. 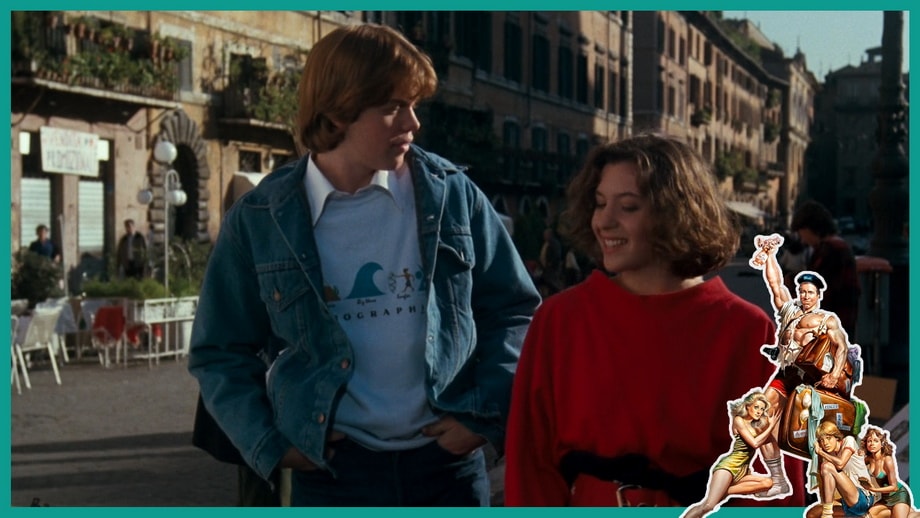 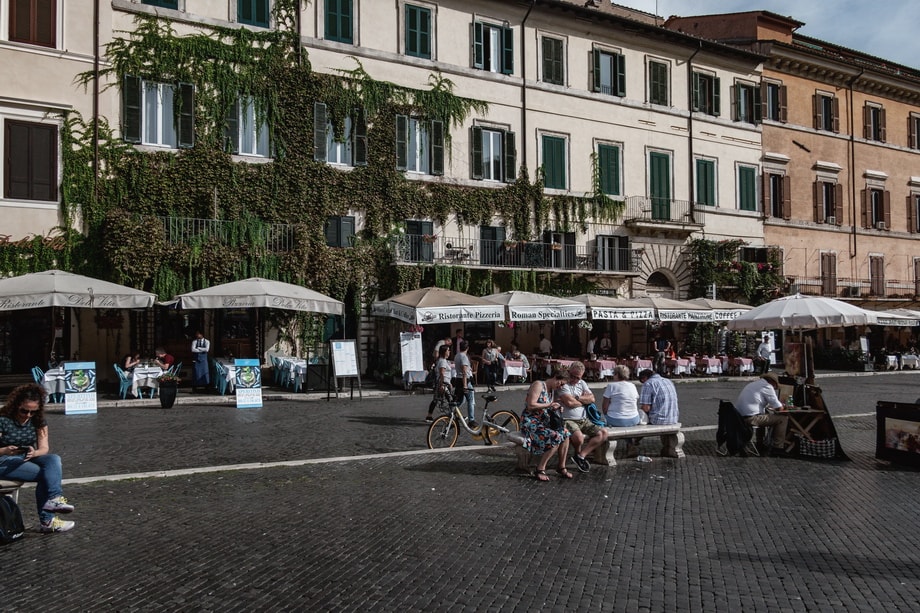 It felt like even the temporary loss of the own family is not going to spoil Clark Griswold’s walking schedule along the streets of Rome. He initiates a lonely journey with a cozy street cafe with a fragment of the ancient Pantheon the background. A few cinematographic seconds later Clark checklists another landmark in the guidebook, known as the Marforio statue, allocated on the Capitoline hill within the inner courtyard of the Nuovo palace. As time goes on, the character finds himself in front of the Pantheon, a historical pearl of ancient Rome. While taking into an argument the scene with a street cafe, Clark made a walking circle or, which is more likely to be true, the movie magic had made us believe in its shaped geography of the city. The square in front of the Pantheon is indeed overcrowded with tourists and it could be a bit of a challenge to simulate the same selfie as Clark Griswold once did. 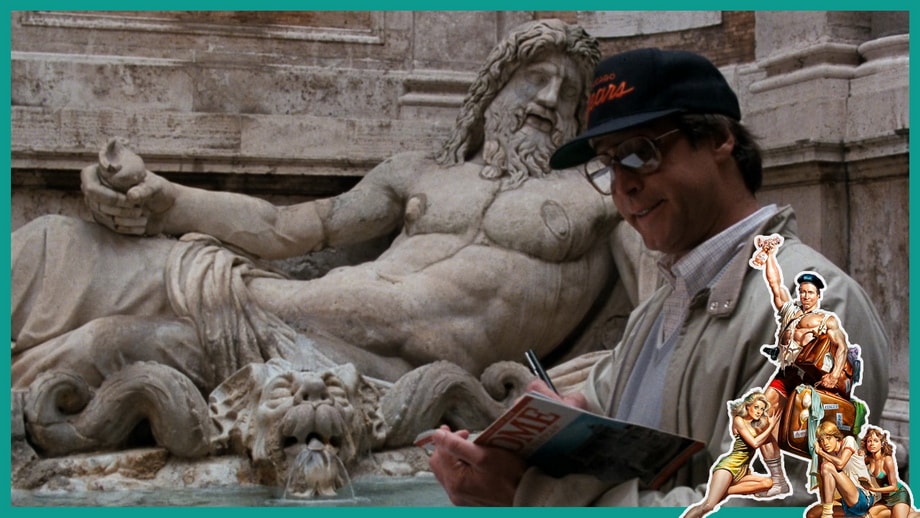 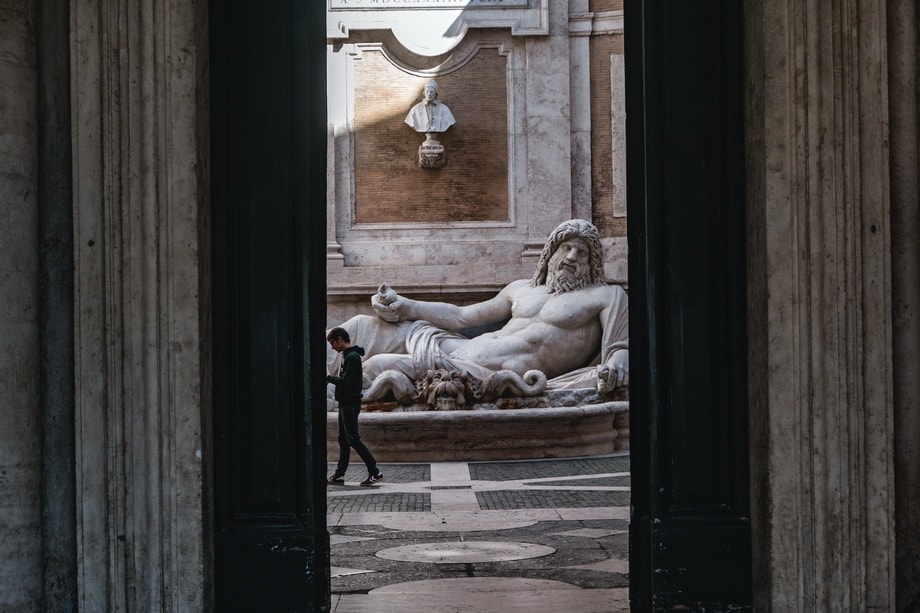 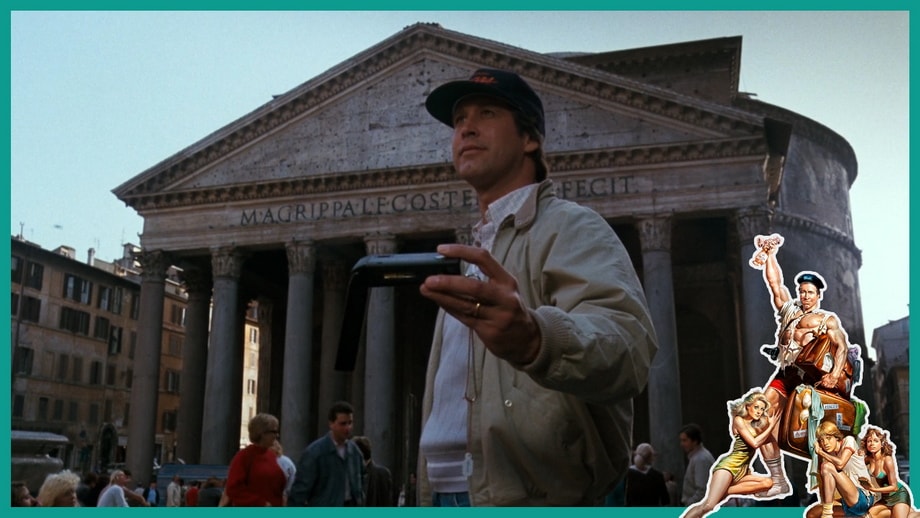 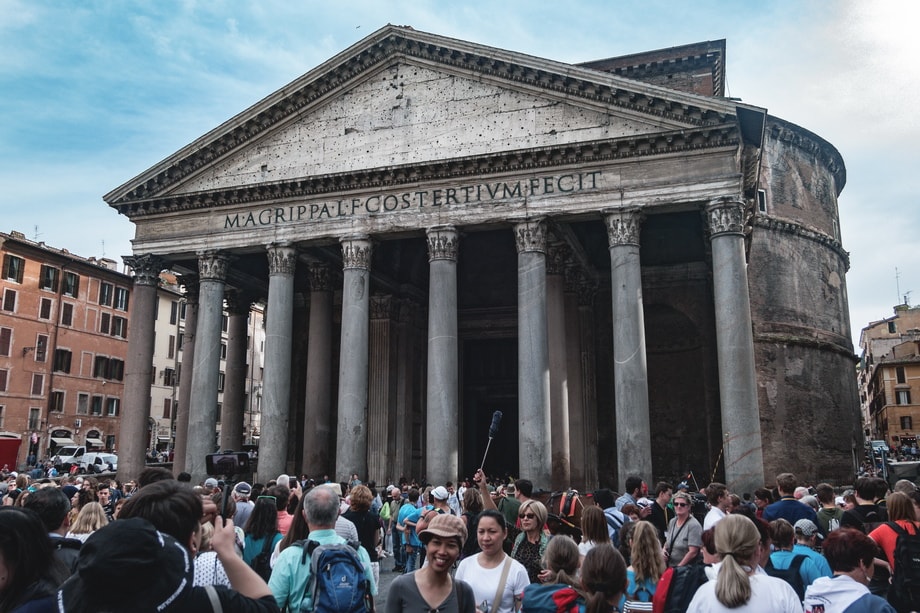 Subsequent to Audrey’s awareness of the fact that her mother Ellen had been kidnapped, the Griswold family is on the way of reuniting. Once got into a previously granted Italian car, Clark and Audrey rush to chase the captors along the streets of Rome. Following the scene in front of the NAZIONALE, the next landmark which dominates the panorama is to be no less than a Coliseum. Two cars forward the gates to dash the VIA DELLA DOMUS AUREA street, side by side to the architectural landmark of the same name. 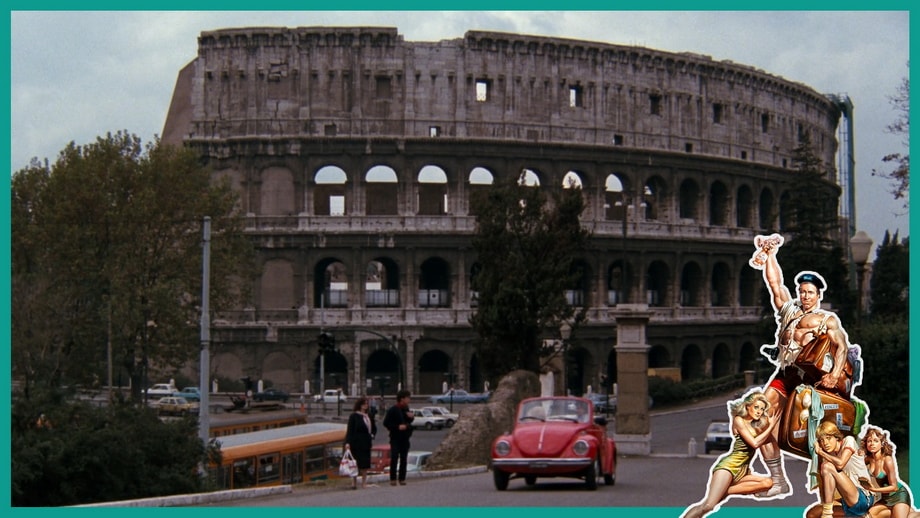 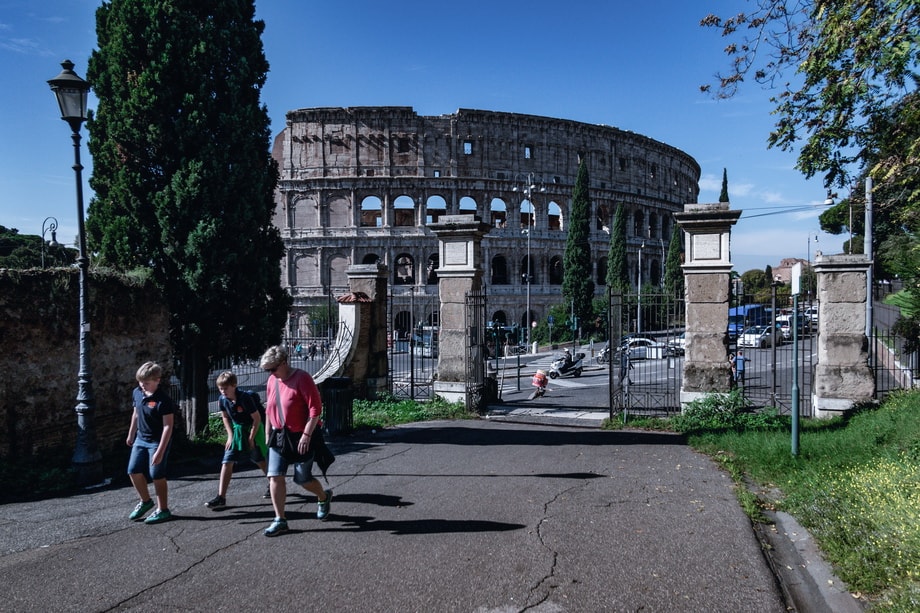 The following sequence of the car chase is to happen within the PIAZZA NAVONA square, a site of the previous Griswold discontinuity. Clark devastates the fire hydrant on the corner of Via Dei Lorenesi alley, a few meters aside from the modern Cafe Nettuno, once named after the Roman god and the fountain across the road. At the same time, we could once again see Rasty, who had name a short way from his starting point to take leisure in a small street cafe on Piazza Navona. The modern look of the site does not include the street cafe anymore, yet it has become a home for an antique store. The family even overfulfils the reunion plan with a girl from California. 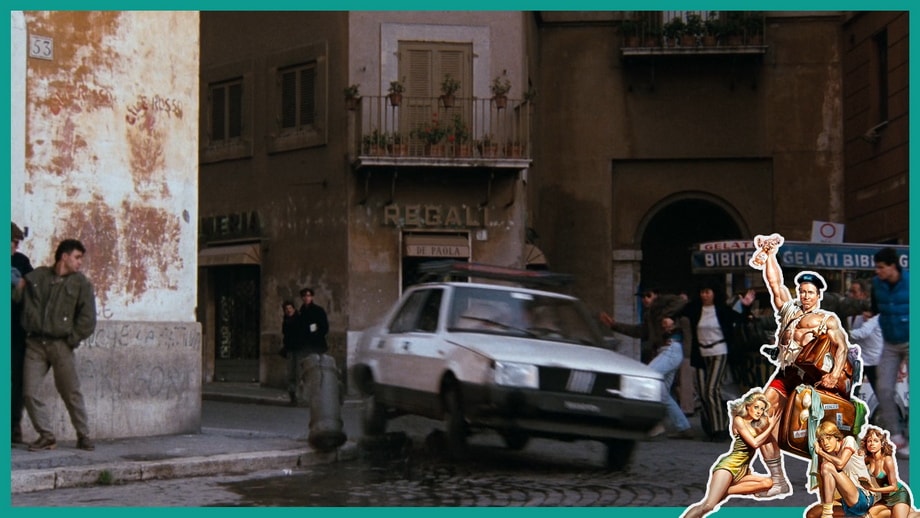 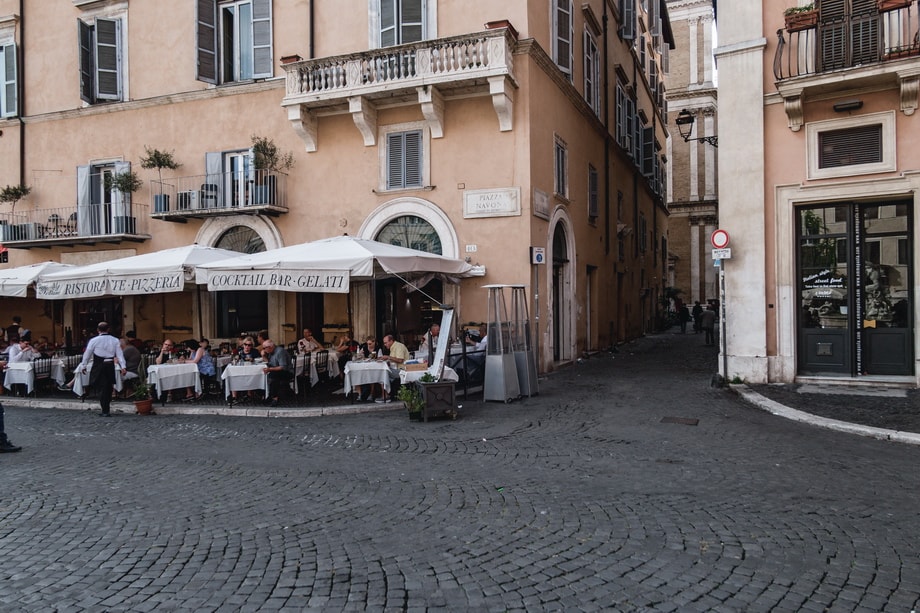 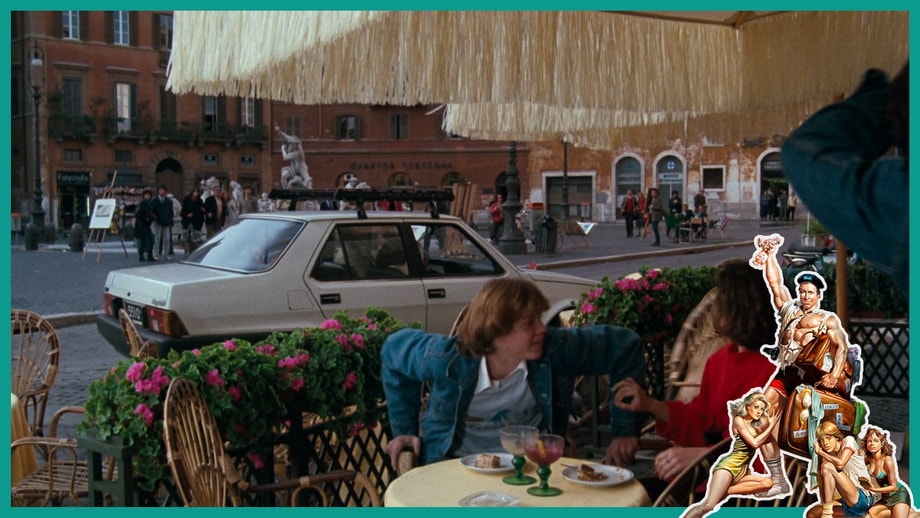 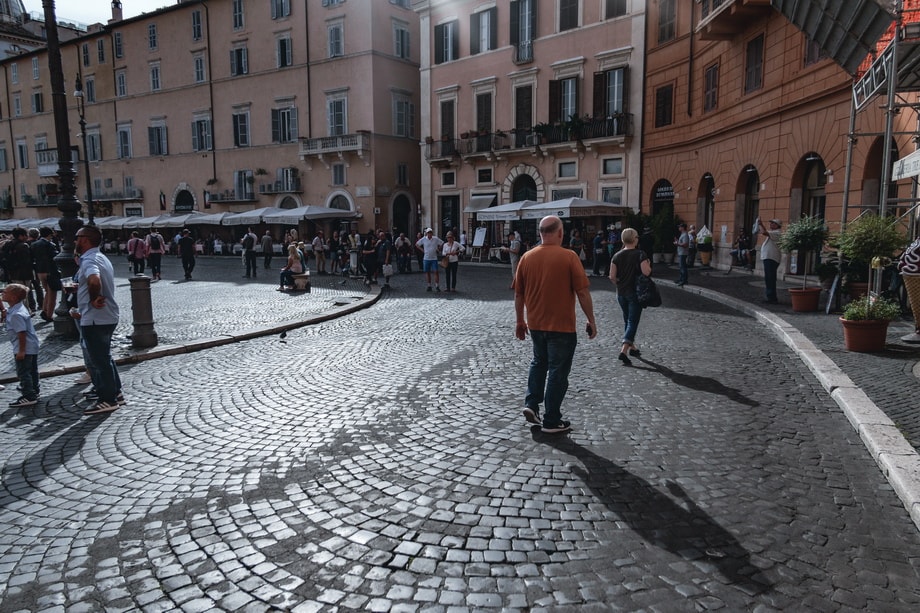 Another few moments shift the scene to the Capitoline Hill with the car rushing into the wedding ceremony within the former center of the Roman nationhood, an empire that had once spread its influence from the Atlantic coast to the upstreams of Nile. Clark makes a stop in front of the horse statue of Marcus Aurelius and brings a bicycle into requisition to dash the Cordonata Capitolina steps. 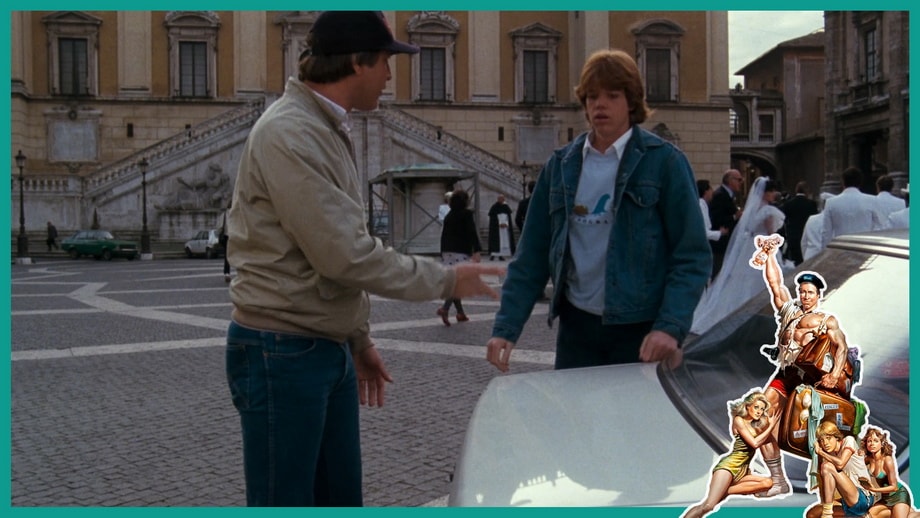 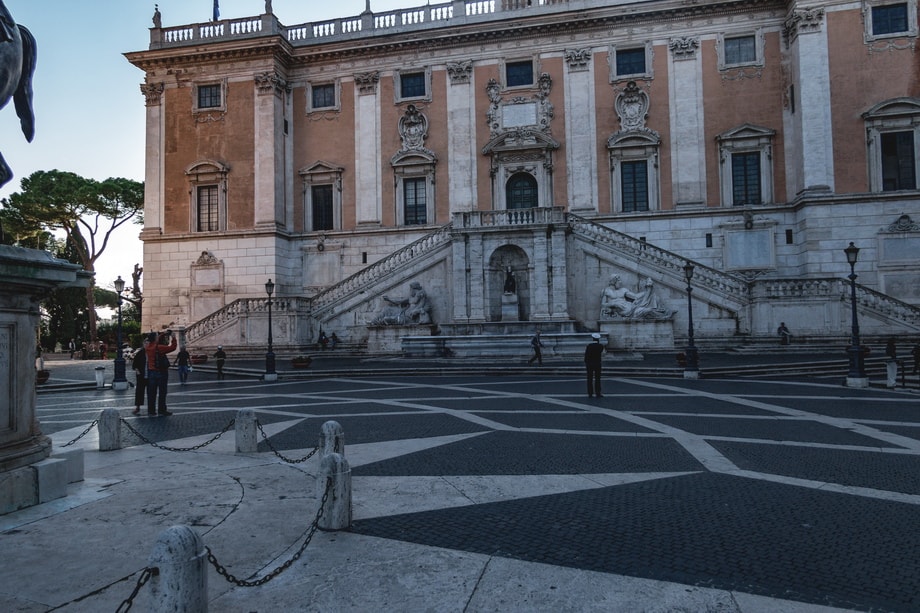 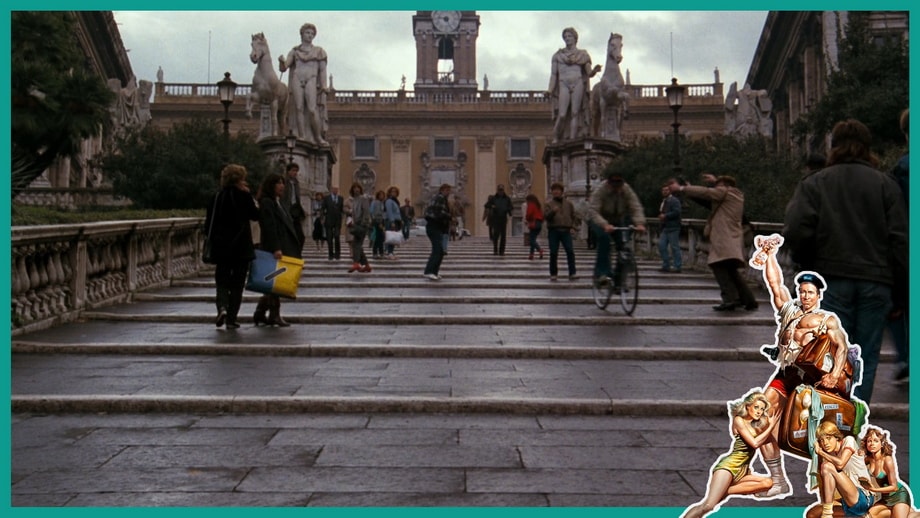 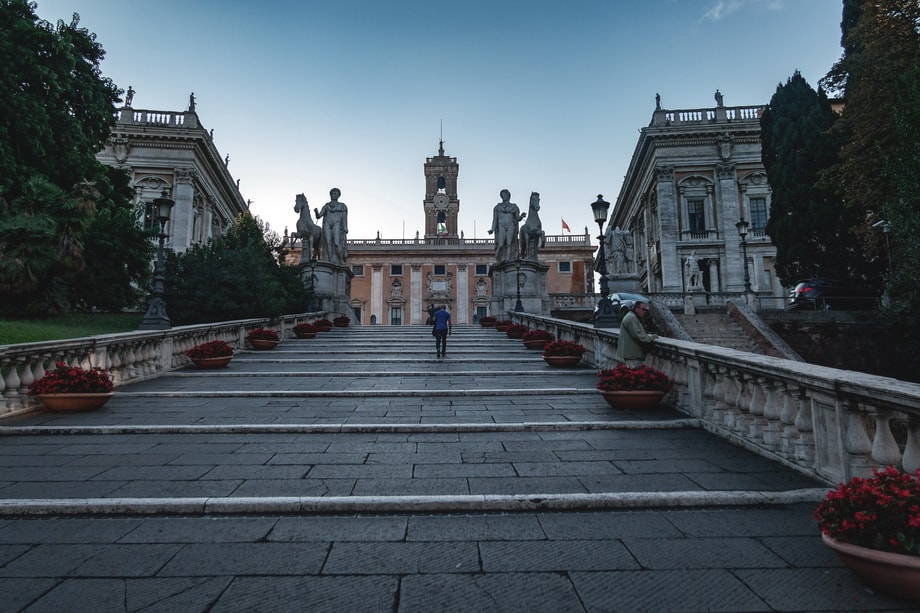 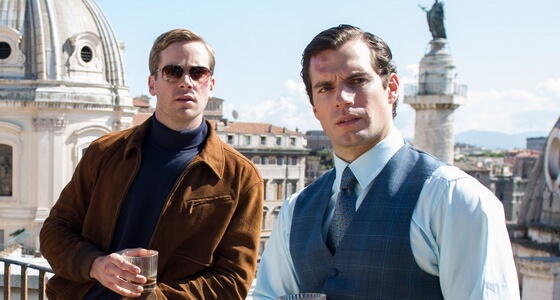 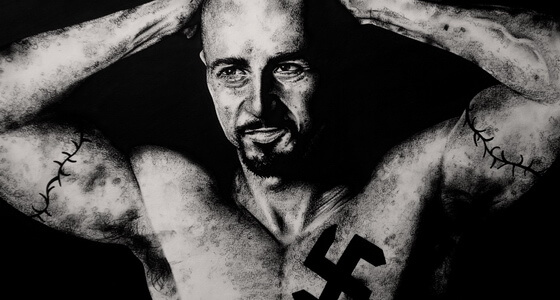 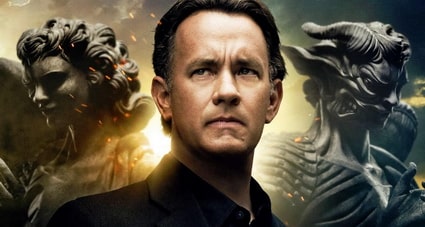 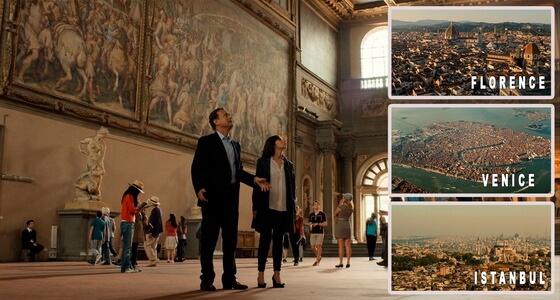 August 29, 2019
Please stay for a few more seconds. Was this article meaningful to you?